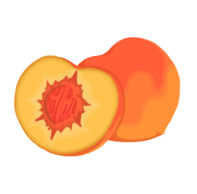 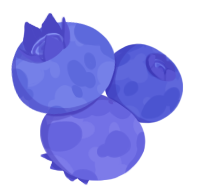 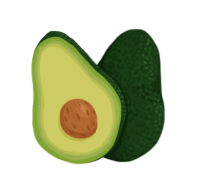 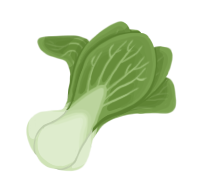 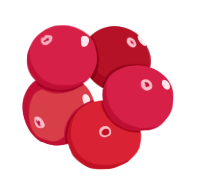 Red Planet Farming is a strategy game that puts players in the shoes of the first Agricultural Director on Mars. Equipped with futuristic technology, players must grow enough food to feed and sustain a Martian colony - a task that pits them against dust storms, radiation, and other harsh climate conditions on Mars. 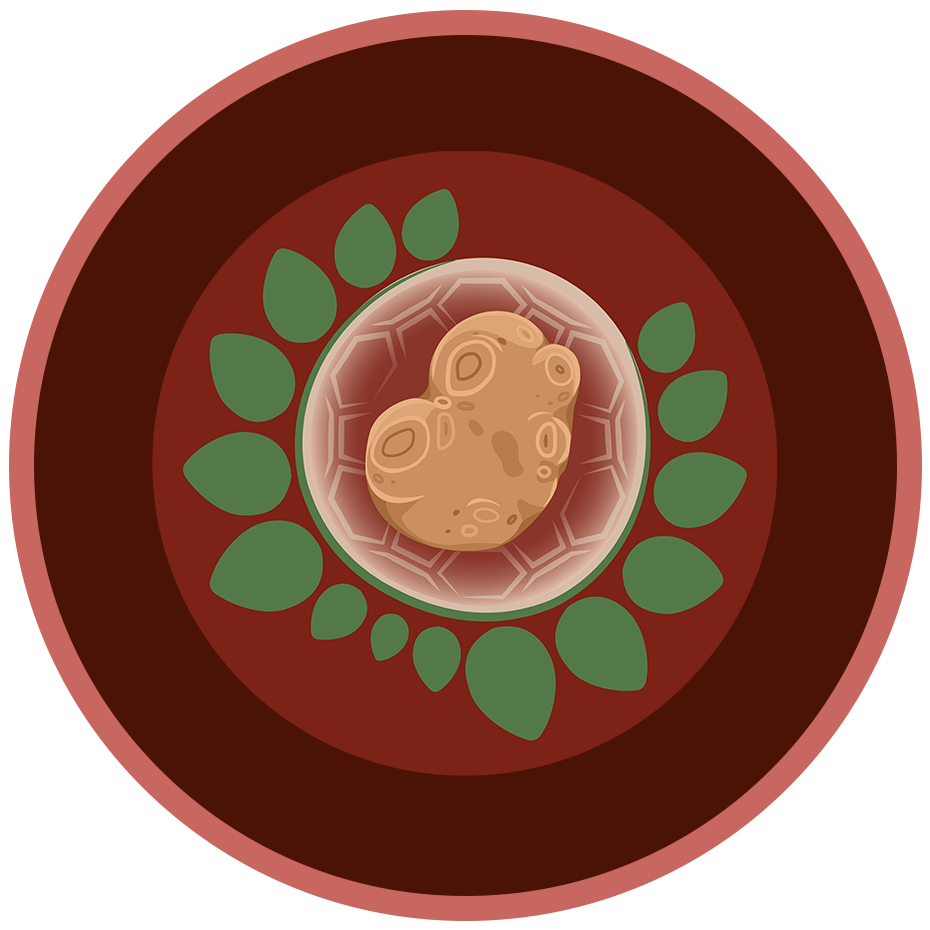 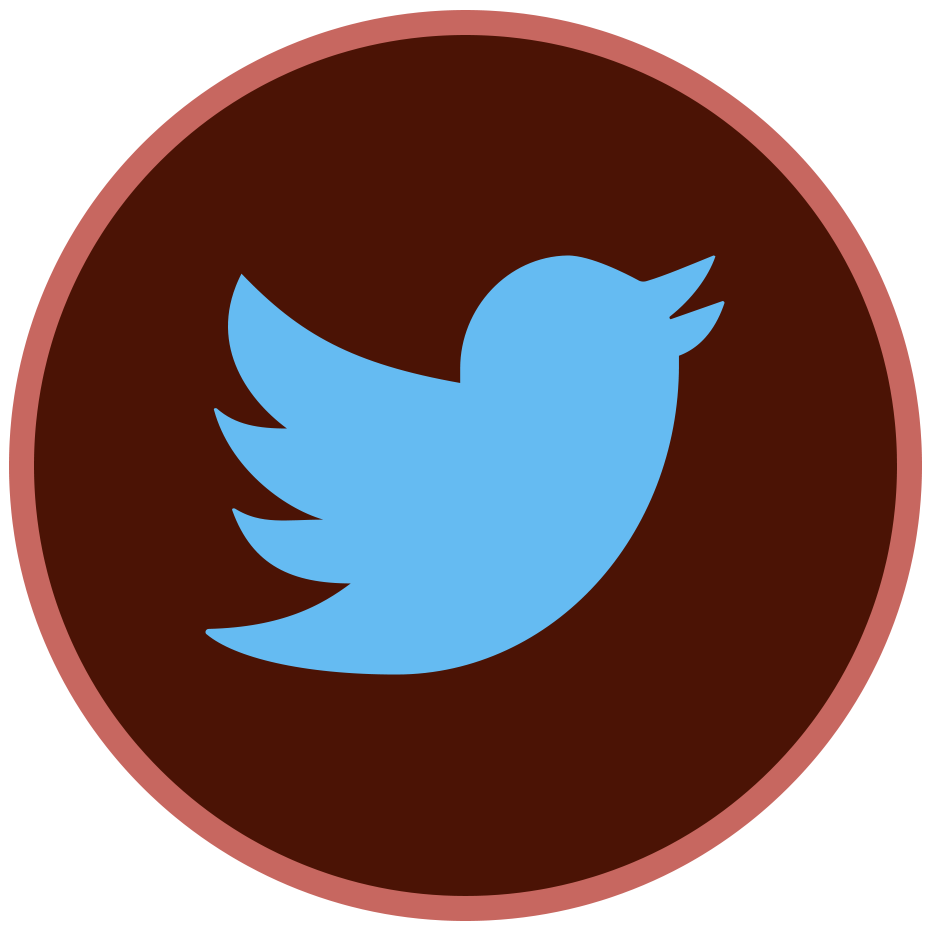 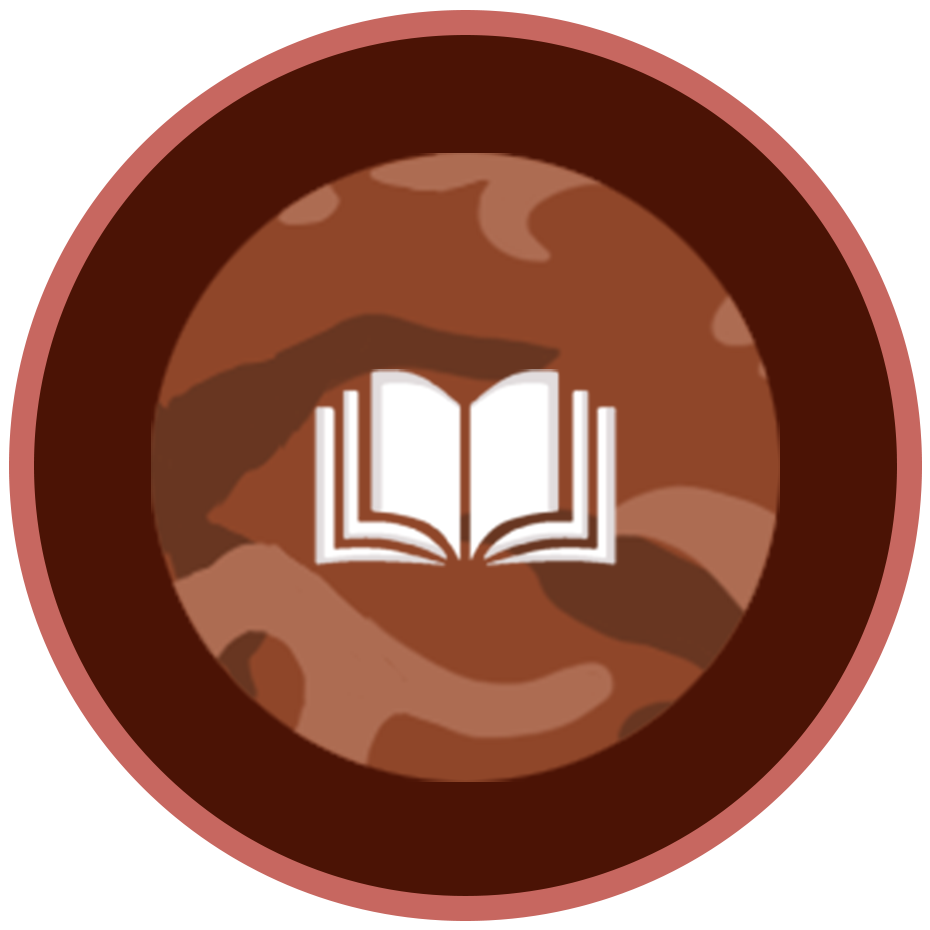 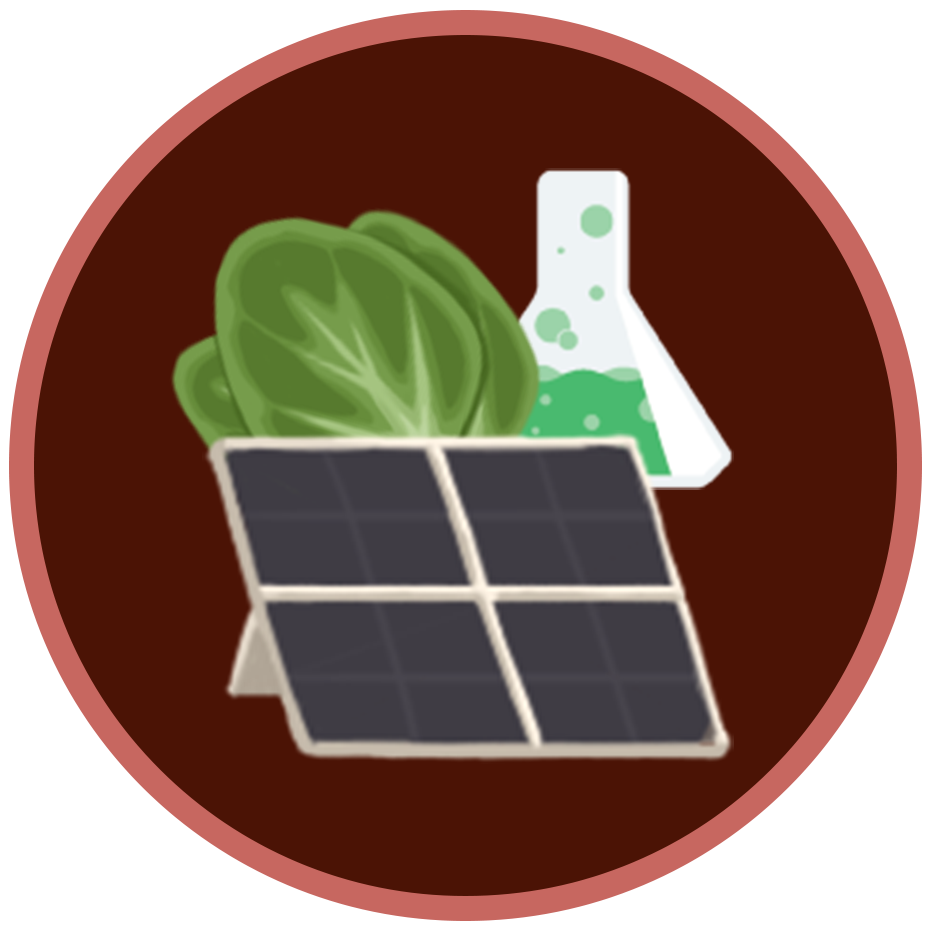 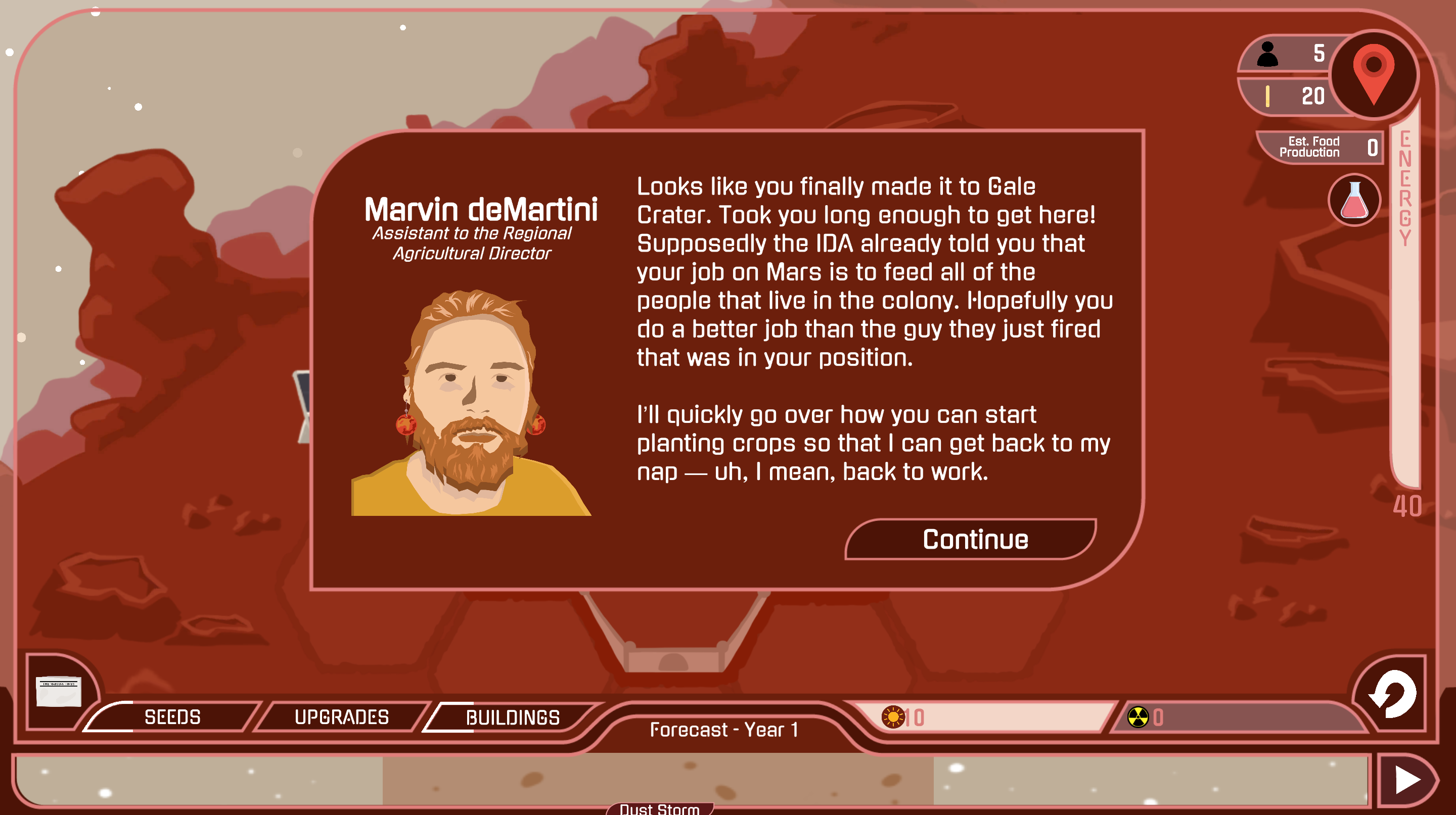 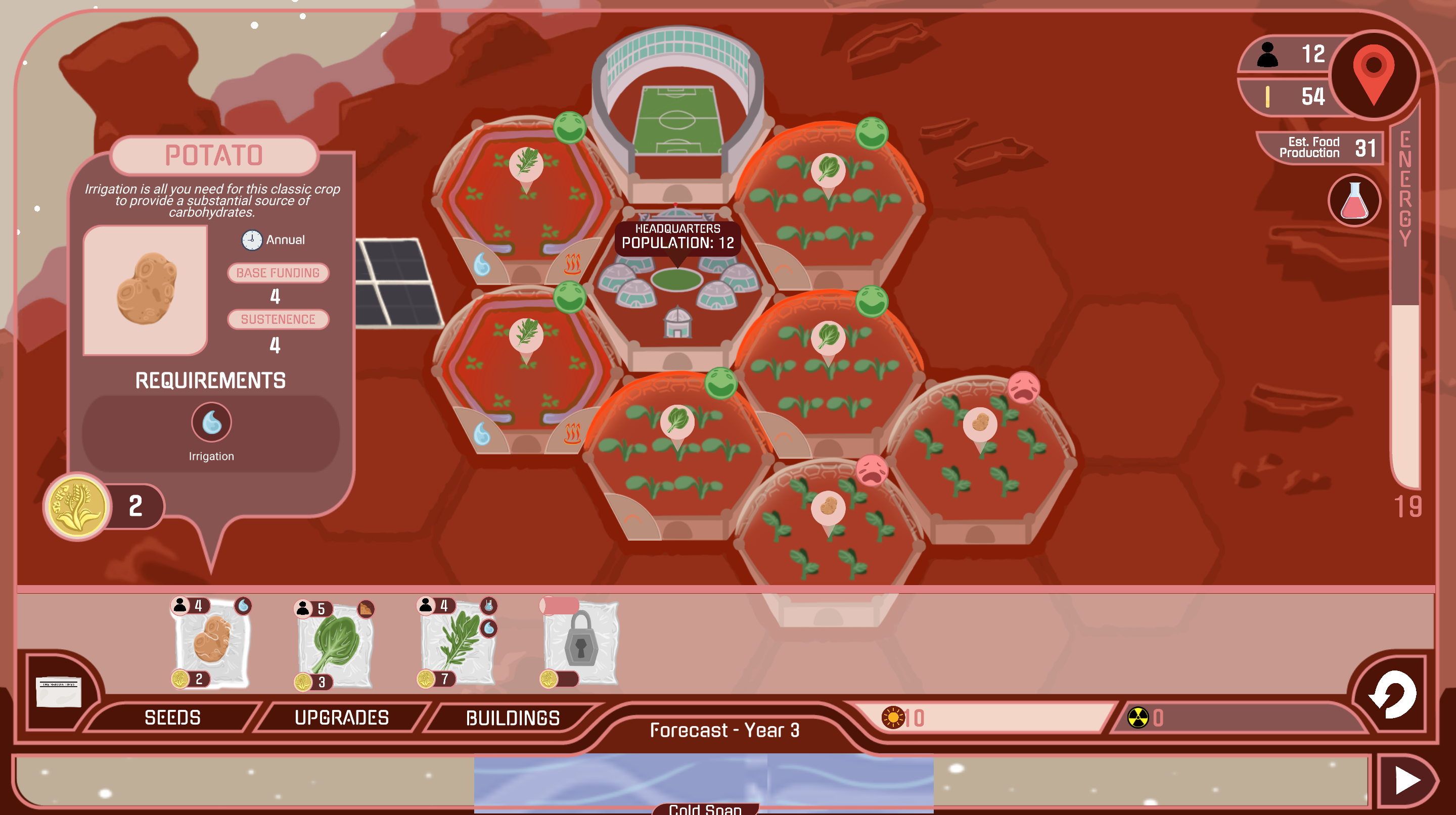 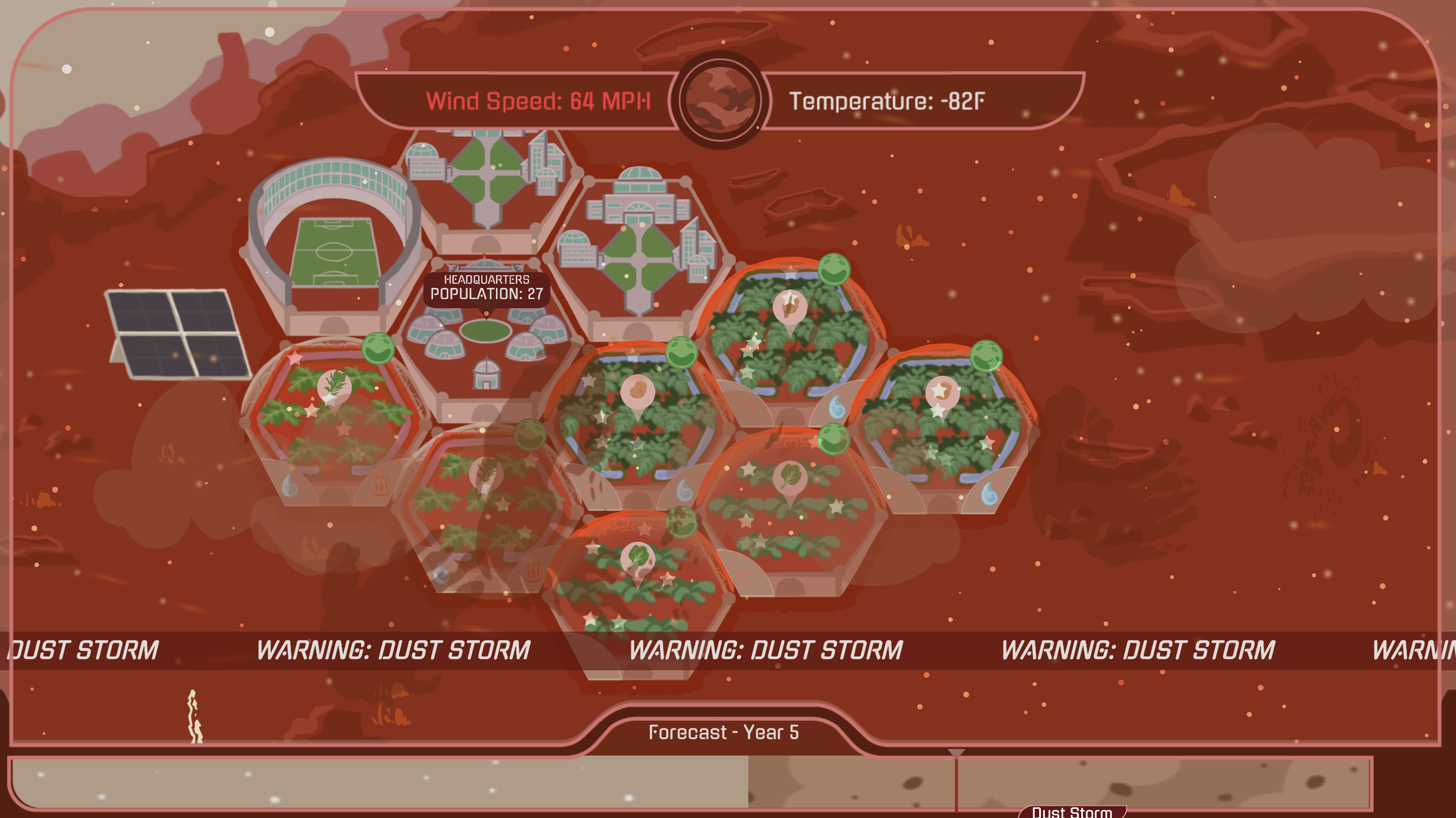 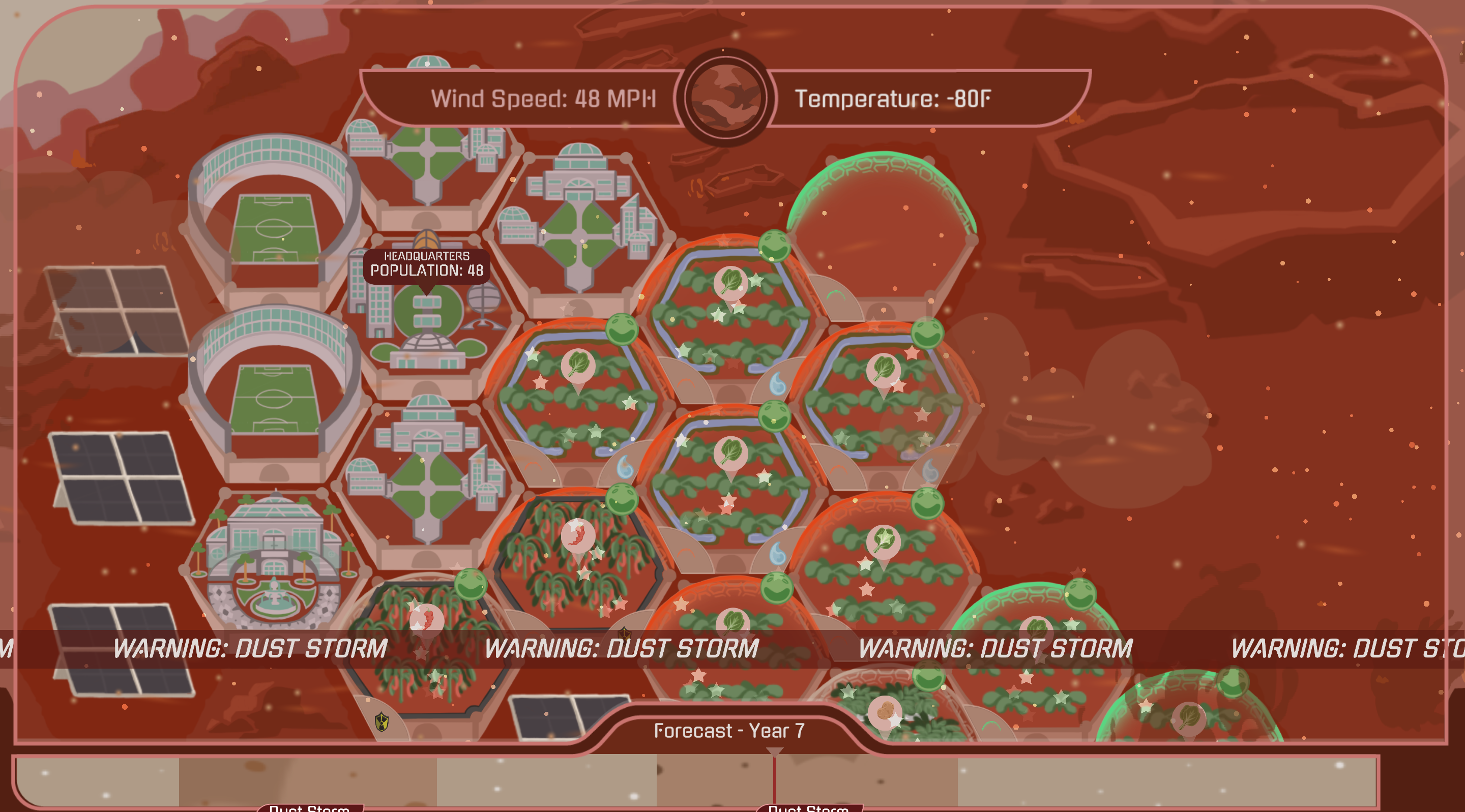 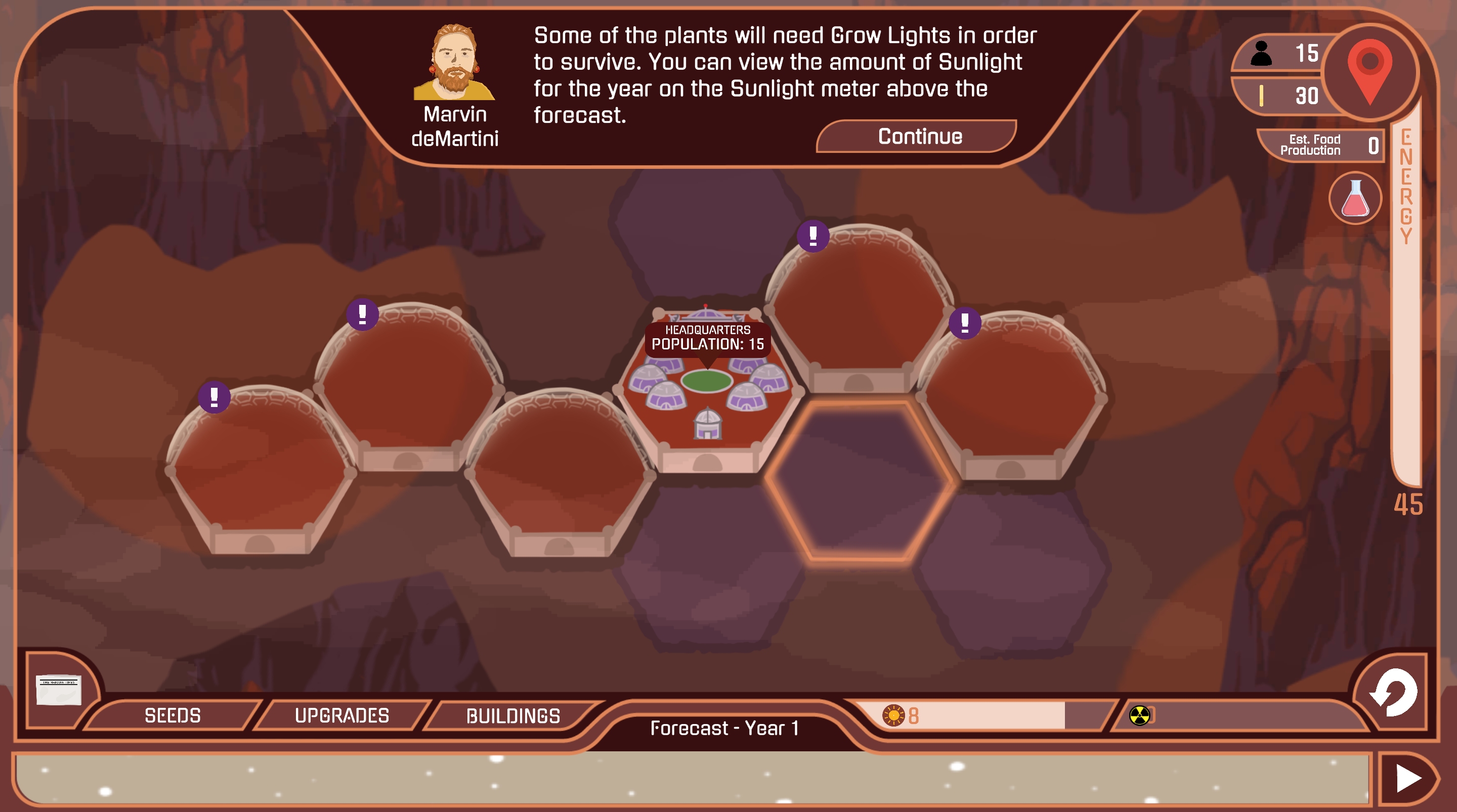 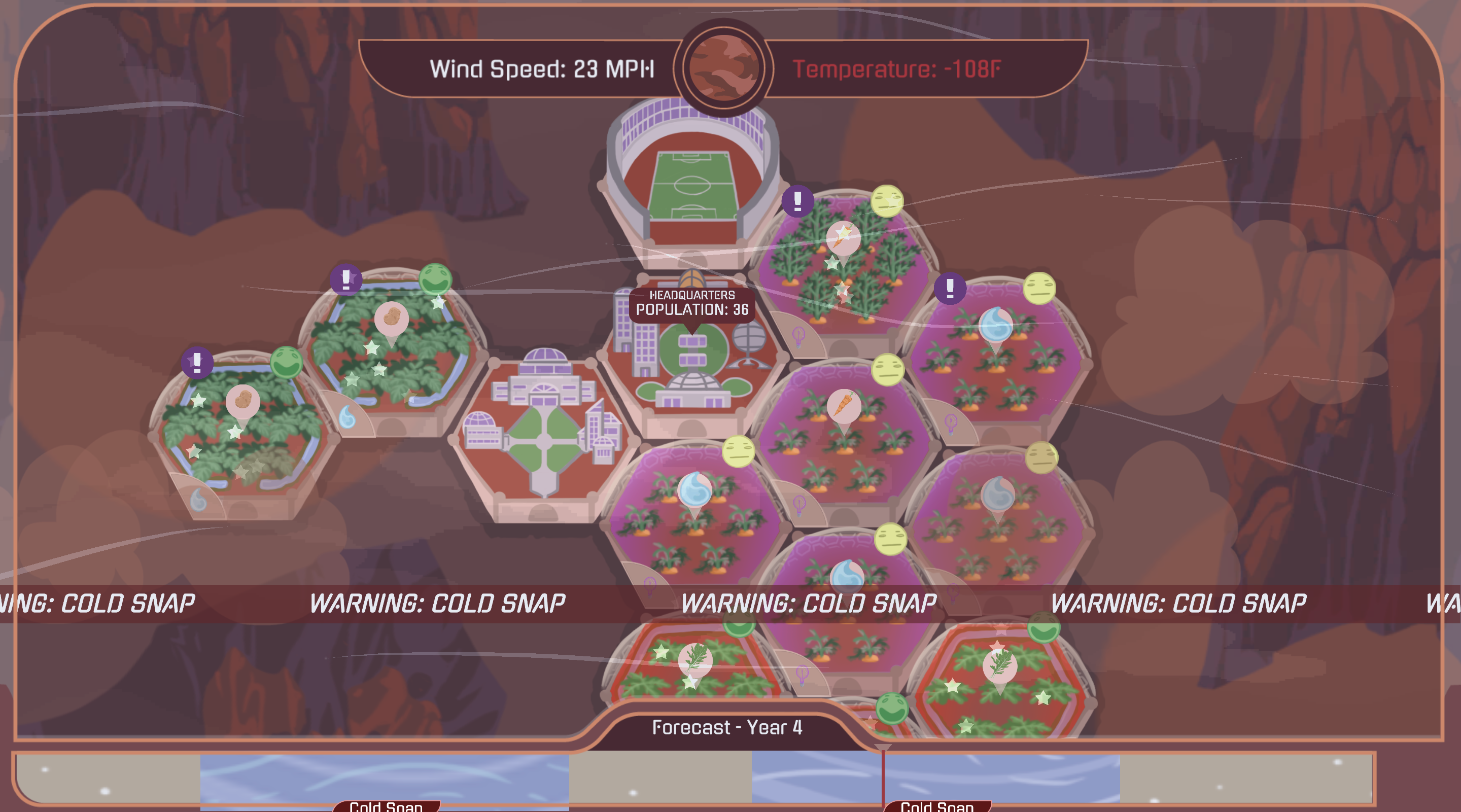 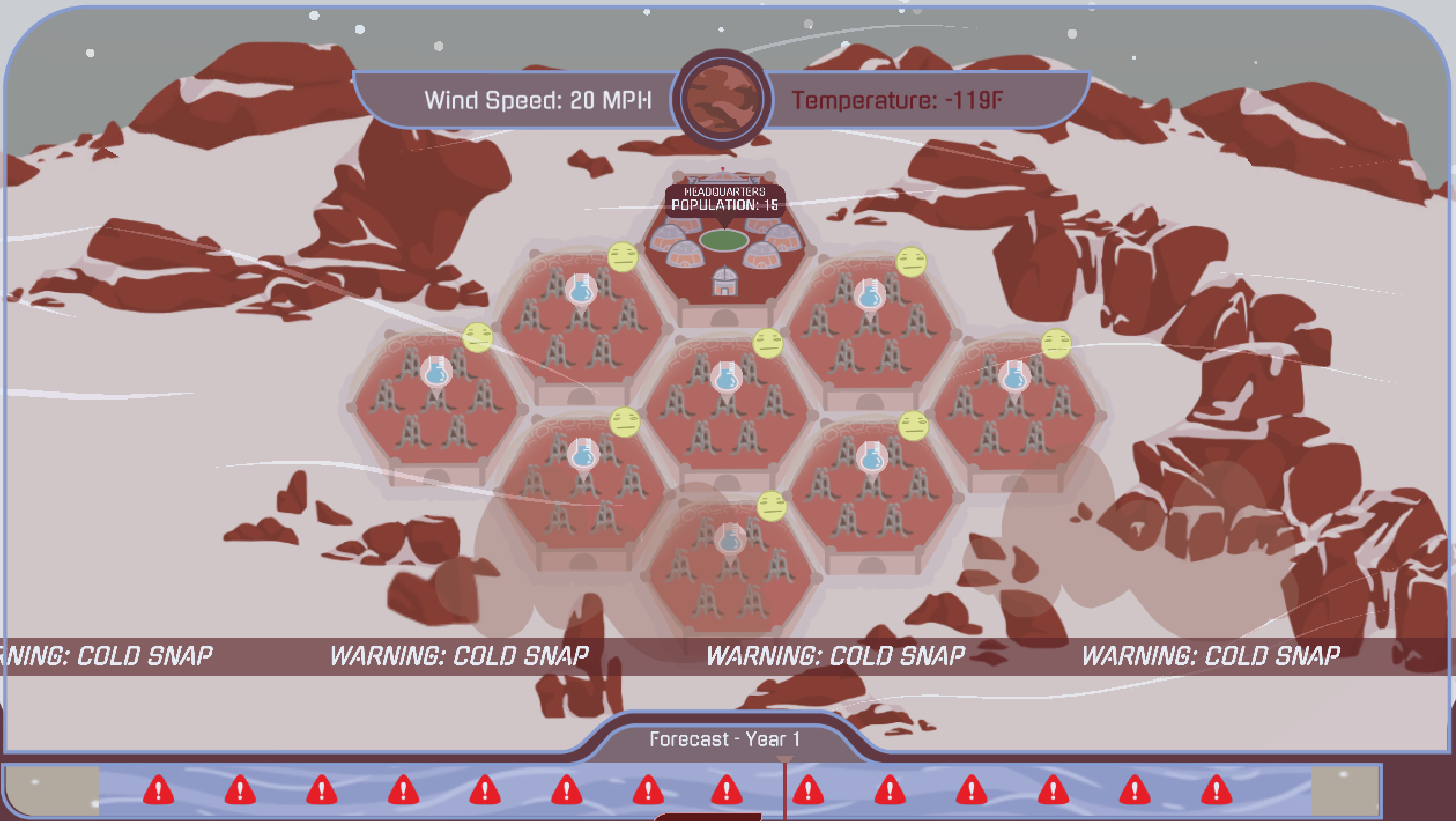 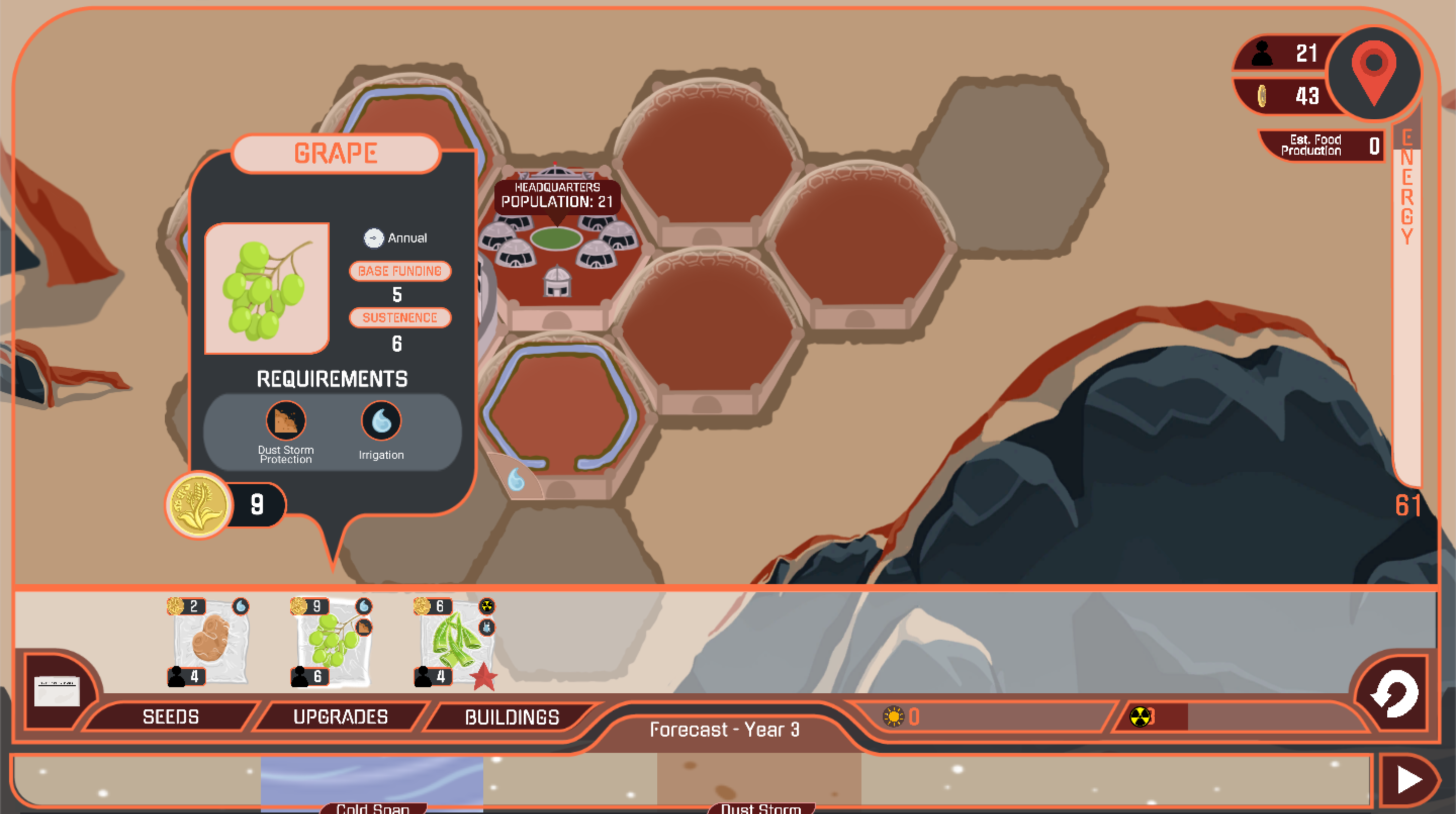 We are a group of recent graduates and current students at the NYU Game Center in Brooklyn. In May of 2019, we received the 2019 NYU & Sloan Foundation Games Production Grant to fund our project. 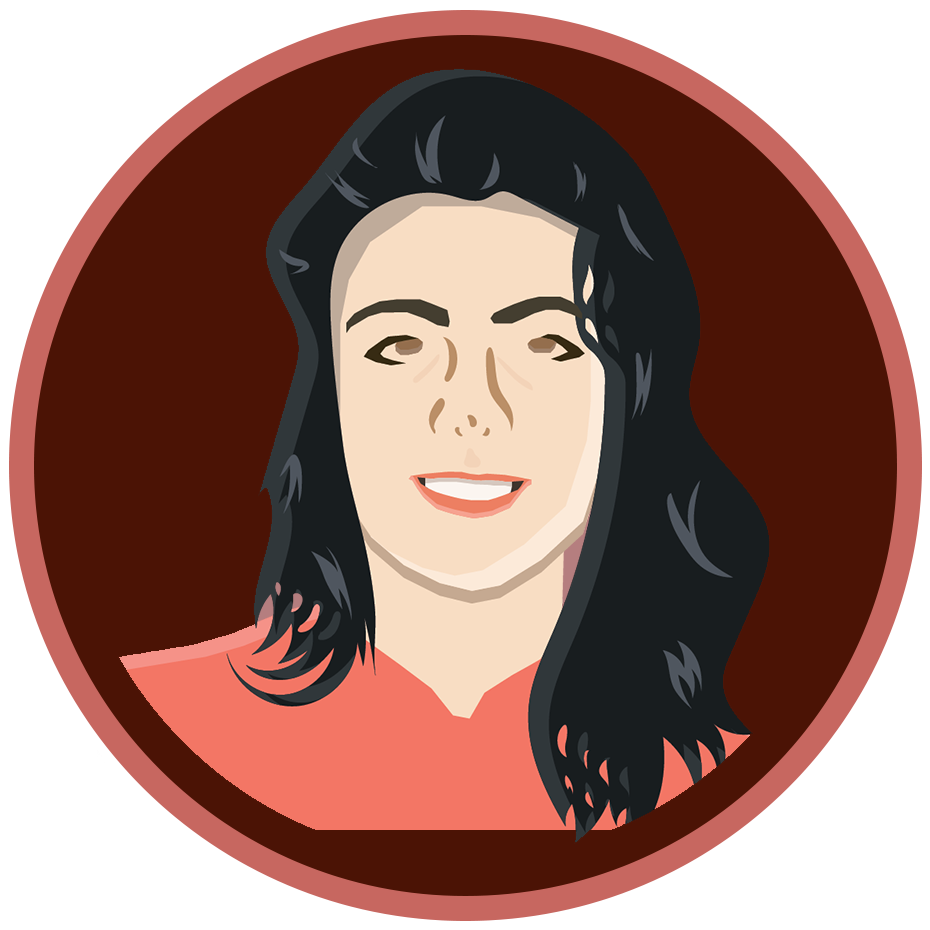 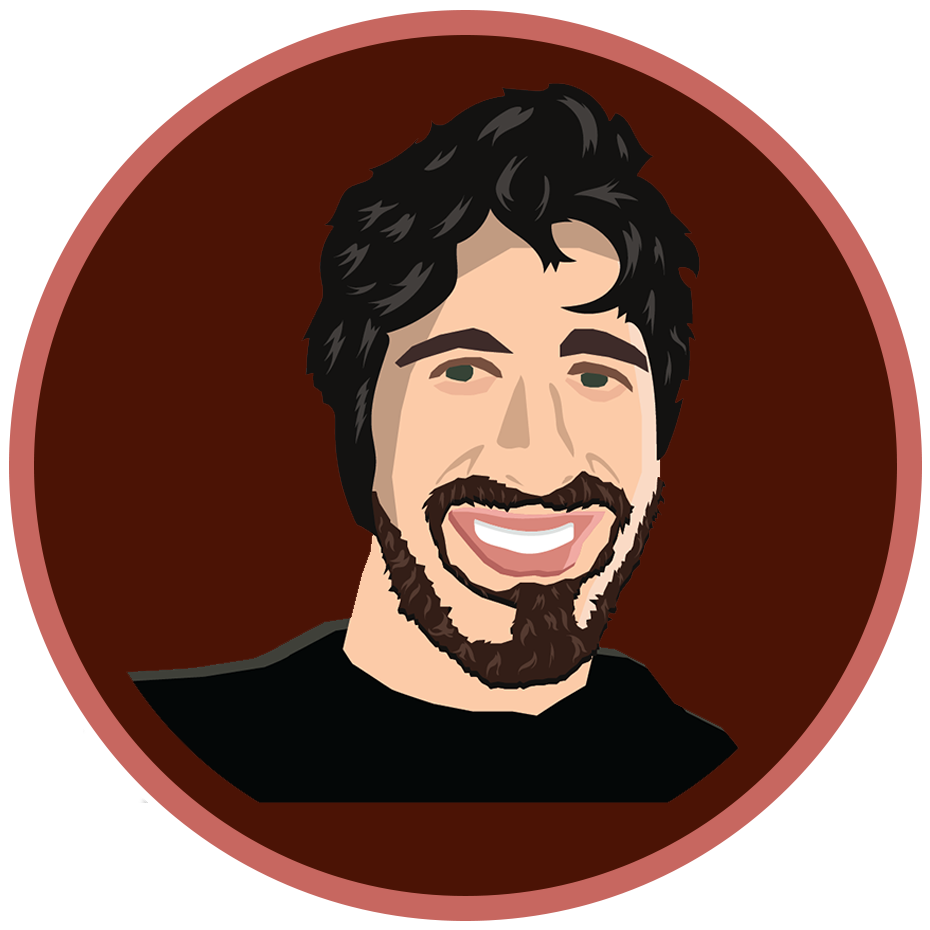 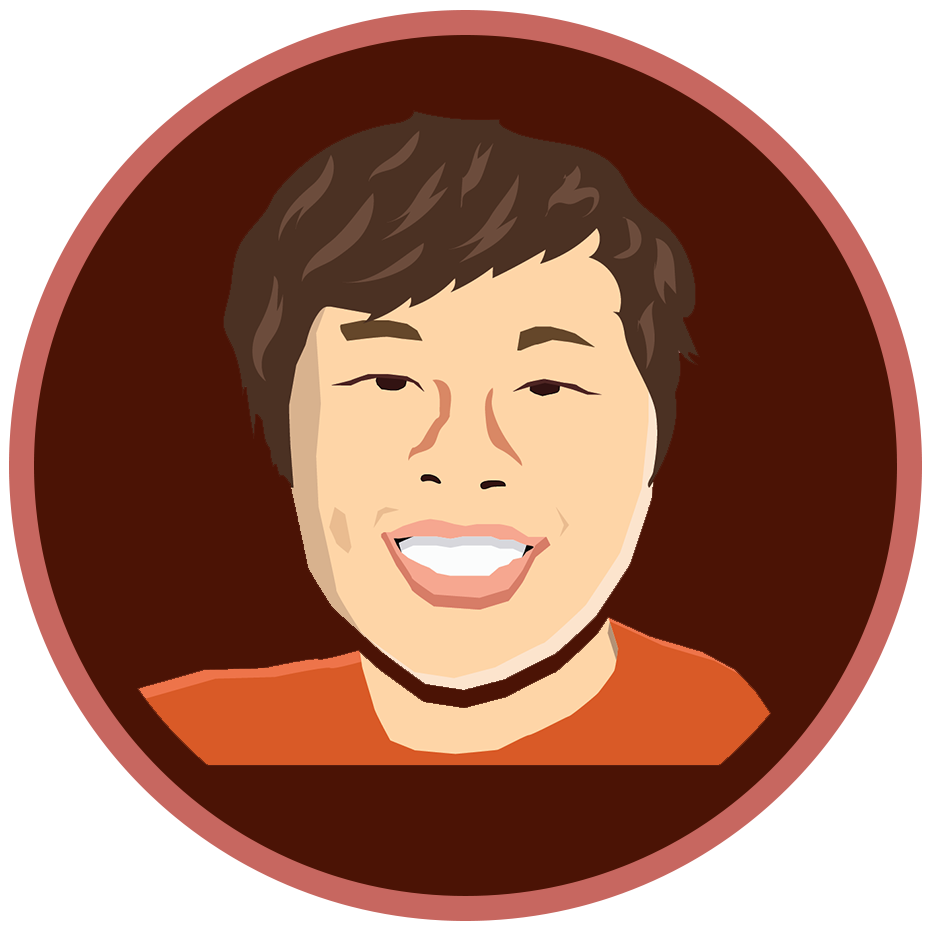